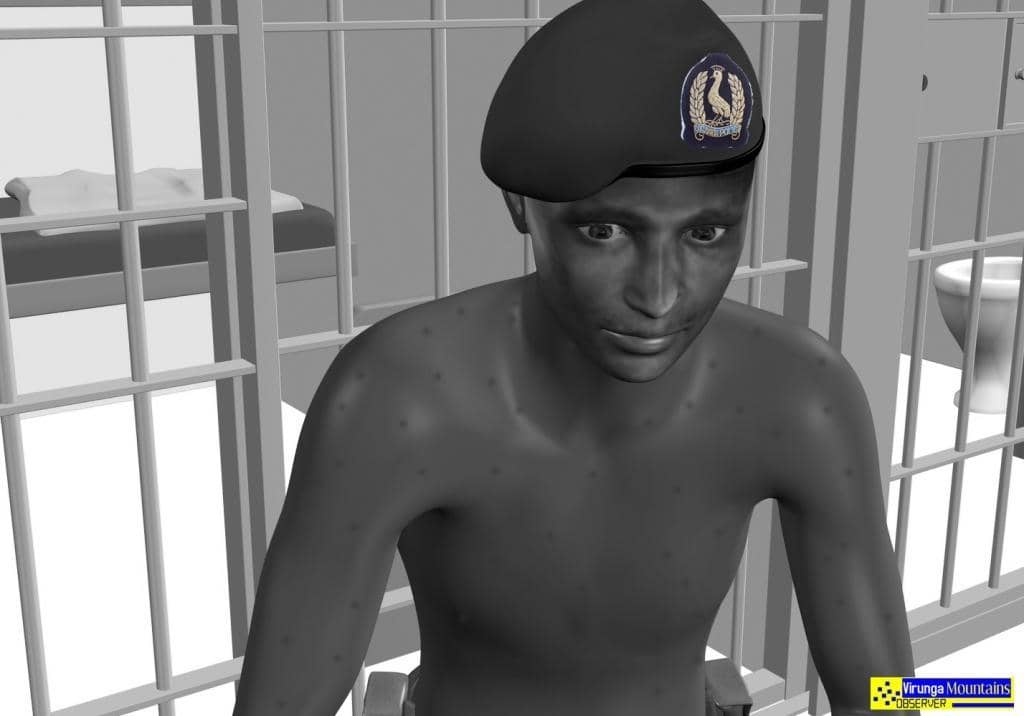 General Edward Kalekezi Kayihura, more commonly known as Kale Kayihura, is a Ugandan lawyer, military officer and policeman. He is the Inspector General of Police (IGP) of the Uganda Police Force, the highest rank in that branch of Uganda’s government.

Kale Kayihura was born in Kisoro District, on 26 December 1955. He is the son of John Komuluyange Kalekezi, one of the Ugandans who fought for the African Great Lakes nation’s independence, which occurred on 9 October 1962. His father died in an airplane crash in Kiev, Ukraine on 17 August 1960, when Kale Kayihura was only four years old. His mother is Catherine Mukarwamo, first-born child of Nyamihana, a former chief of Nyakabande Village. Nyamihana was also the father of Justice Joseph Mulenga Nyamihana, who served as President of the East African Court of Justice and died on 29 August 2012.

He attended Gasiza Primary School in Kisoro District. He later transferred to Buhinga Primary School in Kabarole District. He studied at Mutolere Secondary School, in Kisoro District, up to Senior Four, under the care of his maternal grandmother, the late Sofia Nyamihana. His brilliance in school caught the attention of his paternal uncle, the late Frank Gasasira, an accomplished civil servant at the time, who took over responsibility of his education. In 1974, Kale Kayihura was enrolled in St. Mary’s College Kisubi for his Advanced Level education. He studied Drama, History, English Literature and Economics. He did well and was admitted to Makerere University to study for the Bachelor of Laws (LLB) degree He graduated in 1978 and proceeded to the London School of Economics from where he graduated with the degree of Master of Laws (LLM), in 1982, at age 26.

General Kayihura has attended a number of military courses including the following:

The Army Command Course at the Army Commander College, in Nanjing, China
The Combined Arms Course
The Brigade/Battalion Commander’s Course
The Conflict Resolution and Management Course at Nasser Military Academy, Cairo, Egypt
The Command and Staff Course at Maxwell Air Force Base, Montgomery, Alabama, USA, from 2000 to 2001.

In 1982, following his graduation from the University of London, he joined the National Resistance Army, a rebel outfit that fought the regime of Milton Obote II and captured power in 1986. He has since grown in military rank and held multiple offices in the army and public service, including the following:

As a Staff Officer in the Office of the Assistant Minister of Defence, from 1986 to 1988.

As Chief Political Commissar and simultaneous Director of Political Education in the National Resistance Army.

As the Operational Commander of the UPDF forces in Ituri Province, Democratic Republic of the Congo

As a Military Assistant to the President of Uganda. In that capacity, he headed the Anti-Smuggling Unit, whose official name is Special Revenue Police Services.

He currently serves as the Inspector General of Police (IGP) of the Uganda Police Force. He has served in that position since 2005 when he replaced General Edward Katumba Wamala as the IGP. He is the second Ugandan military officer to serve as the chief of the Uganda Police Force, in the history of the country. General Kayihura is still an active member of Uganda’s military and was previously the Head of the country’s Revenue Protection Services.

He is married to Angella Kayihura, a Kenyan of Rwandese descent. She is the granddaughter of Rudahigwa, the last king of pre-independence Rwanda. The Kayihuras are the parents of two children. He is reported to own a mixed farm on 350 acres (140 ha) of land in Kabula, Lyantonde District, on which he owns about 500 goats.