Uganda has so many problems as a country but one particular problem that may seem too strange to be true, is the problem of the country’s one and only international airport lacking toilet paper and/or hand soap. It seems illogical, but the reason behind it makes more sense than you would think. 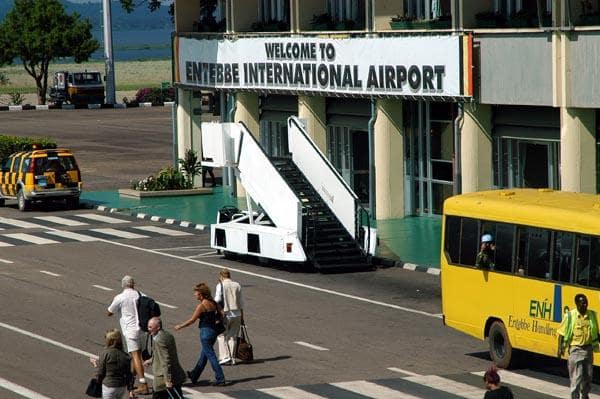 According to the IGG’s report, the investigations completed on July 8, 2016 revealed that two fraudulently employed cleaning companies, Guardian Services Ltd (GSL) and Clear Environment Cleaning Services Ltd (CECS) instead of three cleaning shifts as agreed in their contracts were only undertaking two or less and that females cleaned males’ toilets in the airport premises and vice versa while the cleaning materials were littered around the lobbies and walkways.

The report also shows how on most occasions, the toilets lacked toilet paper and hand soap (like in public toilet, which has a high influx of visitors). It also disclosed that this mess was caused by shortage of manpower, absenteeism of the cleaners due to little pay and the general lack of supervision and knowledge on how to clean a facility of Entebbe International Airport’s stature.

It was critically noted that the cleaning materials and mode of doing so depended on individual creativity of a given supervisor as opposed to adherence to an international cleaning model like that one employed by better airports allover the world.

As of September 8, 2016 dating back from December 2014, a gross total of Shs776,410,470 and Shs657,814,600 inclusive of all taxes had been paid by Civil Aviation Authority MD Dr. Rama Mukuza to Guardian and CECS cleaning firms respectively despite not doing enough to reverse the poor hygiene at Entebbe International Airport in over two years of operating. Efforts by the CAA Board of Directors to blacklist the two companies and advertise for procurement of new ones were blocked by the Contracts Committee chairman, Eng. John Kagoro Tusubira instead calling for a review and amendment of the terms with the previous contractors.

“The toilet is often the first place visited on arrival and the last stop for departing passengers, leaving a lingering impression of their destination. Our restrooms at Entebbe are in a very poor condition and need an overhaul,” said frequent traveler James Kabatsi. Adding, “Most airports I have been to are pretty standard when it comes to their restrooms.”

This is not the first time Entebbe airport’s poor hygiene is coming into the spotlight. In May, 2015 while returning from an international trip in the US, President Museveni was shocked to see cracks and overgrown vegetation on the runway and was visibly angered by what he had seen and almost fired the managers, CAA’s top bosses.

In a country where flight delays (departing or arriving) are just part of the deal, some recent numbers would give pause to the most unflappable traveler at Uganda’s only airport.