WHY THE Yoweri MUSEVENI REGIME BREAKS INTO PRIVATE OFFICES 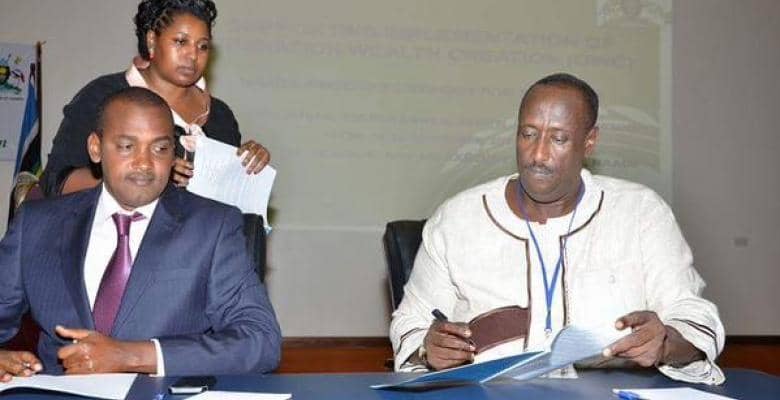 There has has been a consistent trend of mysterious breaking in into private offices of mostly NGOs and CSOs that are dealing witawh matters of human rights and social justice. Since 2012 there has been more than two daaozens of break in into the offices of these NGOs. Among the NGOs that have already fallen victim are: HRAPF, HURINET UG, ACCU, FHRI, EHARDP, AGHA, HRNJ UG, ACFIDE, ULA, Muwema & Co. Advocates, Mbabazi & Co. Advocates, The Observers newspaper, and others. In July 2014 the IGP claimed to have instituted a special probe into the vice but the findings have never been made public. Instead the vice has continued unabated with the most recent being the offices f The Observer newspaper, HRPA offices, and the premises of the two legal firms that were representing an election petition against Museveni’s purported victory. Following the attack on HRPA offices where by even the guard was killed and the security cameras captured clear images of the assailants, the CSOs issued a statement decrying the selective attacks and called on the regime to carry out swift and transparent investigations. In all the incidents the attackers target computers, hard copy files, note books, cameras, that are stollen after thoroughly ransacking of the premises.

These NGos and CSOs have been at the forefront of monitoring and exposing human rights violations, poor service delivery and abuse of office by state institutions and and regime functionaries. On the contrary, these vices are the lifeline for the regimes survival – instilling fear, impoverishment, and economic deprivation. The regime has repeatedly expressed its discomfort with the operations of these NGOs. It has even proposed a law to regulate their operations and source of funding. It has openly accused them of being agents of destabilization by foreign powers. The regime has repeatedly gone ahead to link them of being artisan and linked to internal political opposition. Within the structures of the Internal Security Organisation (ISO) there is a fully fledged department of that vets and monitors NGOs through the National NGO Registration Board. In civilised nation states, such covert raids on premises of suspected criminal offenders and those threatening state security is a normal practice. In Museveni’s Uganda where the definition of state security has been reduced to mere maintenance of status quo, anyone towing that line is a potential target. Before the development of electronic information management gadgets, intelligence outfits used to target briefcases of the target victims. The likes of the late Basoga Nsadu who had excelled in ‘splitting beans’ on the floor of parliament and Teddy Ssezi Cheye who ran the atom splitting tabloid, the Uganda Confidential were such victim in the 1990s. Hired goons would simply snatch such briefcases on a busy street in broad daylight. Some of residential burglaries on targeted individuals are part of such covert intelligence operations aimed at acquiring information but at the same time instilling fear in the victim and the public.

Therefore, the break in into offices of NGOs is masterminded by the regime in order to gain access to information pertaining to their source of funding, their human sources of ‘classified’ information, and possible links with political opposition. Given the prevailing political situation, it is anticipated that more of such raids are in the offing.