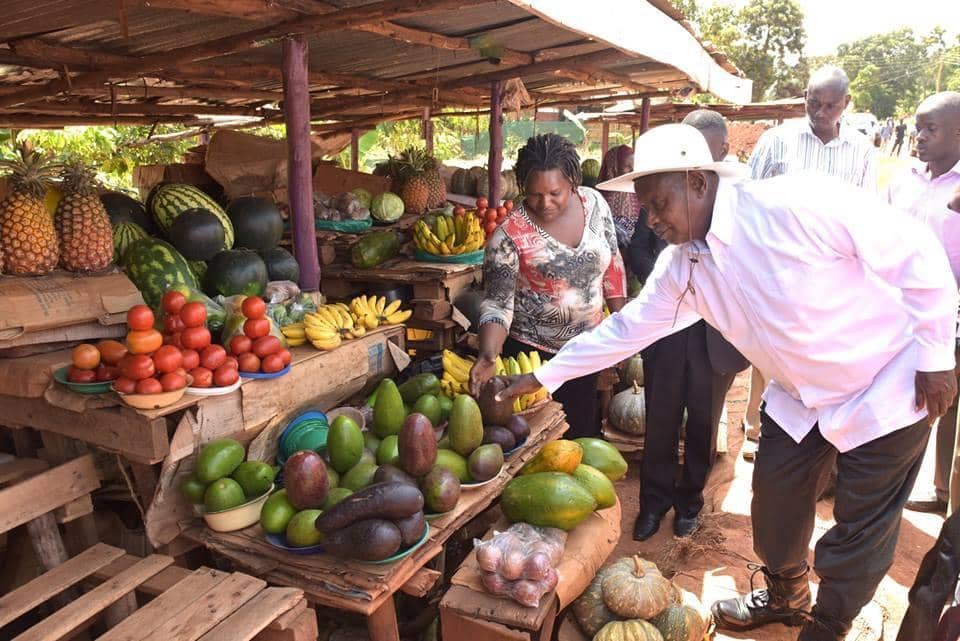 WHY MUSEVENI REGRETS HIS DELAY TO DESTROY UGANDA’S EDUCATION

During his last 30 years of military dictatorship, Uganda’s Gen. Museveni has successfully destroyed all sectors of in his efforts to suppress dissent and subdue Ugandans into submission to his military dictatorship. He has socially, politically and economically destroyed the Ugandan society. However, the only pillar though shaky that still stands out amidst the rubbles of what was once described as the Pearl of Africa is the education sector.
Uganda’s flourishing education standard was inherited from the colonial era at independence. Even the previous so called ‘bad regimes’ that preceded the current 30 years old Museveni dictatorship did not tamper with the education sector. Actually the sector flourished more during the reign of the semi illiterate President Iddi Amin.

Since coming to power, Museveni has introduced several measures aimed at destroying education but because of its strong foundation that was laid down by the British, the post independence UPC government, and the Iddi Amin era, though limping the sector has thrived. He destroyed government technical colleges (UTC), colleges of commerce (UCC), national teachers colleges (NTC) and teacher training colleges (TTC) that had been set up in different regions of the country. The education curriculum and syllabus has repeatedly been changed without consulting teachers.

Museveni has repeatedly despised the studying of arts subjects and in the same regard a total of 32 courses related to political science and other humanities were recently scrapped from public universities. They will instead be replaced by the regime’s ideology that will be taught at its indoctrination centres – Kyankwanzi, Patriotism Clubs and the National Service (mandatory military training and service). Next he will ban religious studies before declaring Uganda a secular state under the guise of promoting national unity.

After unsuccessfully attempting to introduce Kiswahili in schools with the aim of destroying local languages and English, now the regime is reintroducing vernacular as a medium of teaching in lower primary schools. Since time in memorial vernacular had been the medium of teaching at lower primary schools; then what happened so that it is now being reintroduced. The aim is to gradually destroy the English language in our education system while preparing the way for the reintroduction of Kiswahili.
Once vernacular as a medium of teaching will have proved problematic in urban schools where pupils are from different tribal backgrounds thus diverse languages then it will be accused of undermining national unity, banned, and replaced by Kiswahili. Museveni hides behind national unity to destroy local languages in preference for Kiswahili. If a single language brings about national unity countries like Rwanda, Burundi, Somalia, Libya, Syria etc. wouldn’t be in turmoil.

By targeting the English language, Museveni is attempting to promote ignorance and isolate Uganda in this era of globalisation. Its a fact that the destruction of the English language in Uganda will gravely negatively impact on the quality of education and languish the country 200 years back. To better appreciate this argument, one needs to interrogate why parents from neighboring countries are craving to send their children to Uganda for primary and secondary education.

By killing the English language, Museveni aims at limiting access by Ugandans to information in the global village for information is power. For Museveni, an ignorant population is easy to manipulate and oppress as they clap hands for the oppressor thus information is power. The thriving semblance of political dissent and activism is because of the sound education base that wad laid by the previous governments and he must be regretting as to why he delayed in launching an assault on education.

His current advocacy for vocational education is not in good faith but designed to achieve the above mentioned evil designs. He is aiming at replacing knowledge based education with an illiterate and semi illiterate dominated society who know nothing other than metal fabrication, brick laying, performing artists, craftsmen, musicians, sportsmen, herdsmen, cultivators and others in that category. The current situation is that even such categories have some basic knowledge of political, social and economic dynamics that empower them with the means to question and challenge some of the regime’s actions and manipulations.
The other day a commercial motorcycle transporter challenged an attempt to manipulate their group by the Kampala region police commander thus: “Why should we fear to die while protesting for our rights when those who were killed in the Luwero bush war 30 years ago did not fear death?” This kind of reasoning is what he intends to destroy so that such people don’t understand why the shilling is loosing value, the effects of over borrowing, the job description of a Member of Parliament, their human rights, democracy, constitutionalism, rule of law, causes of unemployment etc.
However, quality education is already becoming a preserve of a few Ugandans more especially his regime cronies whose children and grand children will inherit the domination of key administrative and managerial positions of the economic, social and political arena. Poor education breeds ignorance that breeds a poverty and disease stricken society that in turn makes it easy for manipulation for political expediency. There Ugandans need to stand up and defend the education sector because its all that remains of Uganda.