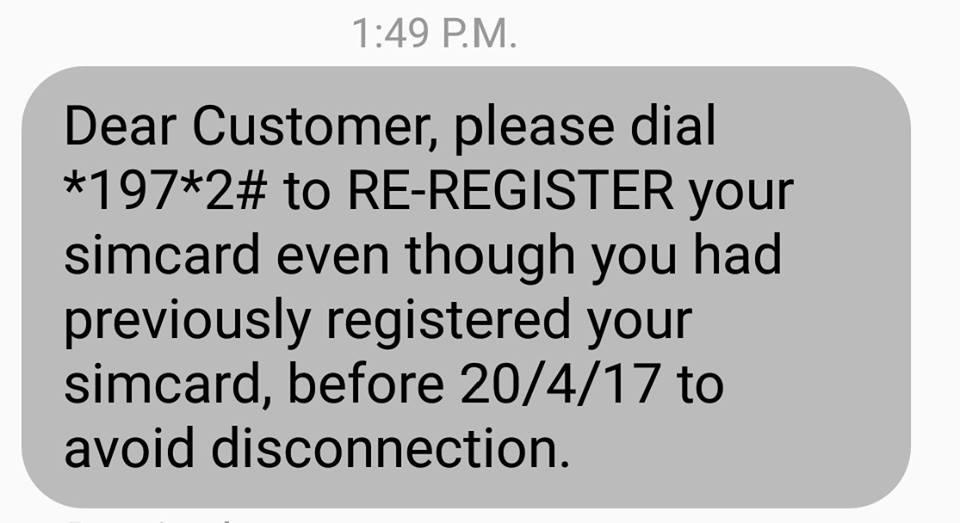 Gen. Kale Kayihura thinks we are his Police constables whom he can order any time he feels like!!! And this useless UCC man Godfrey Mutabazi thinks we are peasants that he can confuse the way he wants. How can you order Ugandans to reregister their SIM cards and you issue an ultimatum of 7 days of which 3days are public holidays!!! 7 days for over 22 million phone users to register their numbers! That won’t happen!!

These small gods in Kampala think that every subscriber can use those Hash tags and reregister online. Think of an old woman in the remotest part of Uganda where newspapers reach every after 5 months! To them they don’t even know that IGP Felix Kaweesi was murdered and you are telling them to reregister within 7 days, what a joke!! When I tell you that these gods at UCC are a bunch of useless fellows and the only place they qualify to be is Maximum Prison Luzira; some people think it is a joke. To me, some technocrats in Uganda should serve two years in office and 10 years in Prison. That will help to save the taxpayers money.

How can you say registering SIM Cards will stop murderers from killing Ugandans! Its a total joke!!These murders have killed Sheikhs, Joan Kagezi and my brother Felix Kaweesi and we have over 19 security Organs in Uganda fully funded with big budgets. To me these murders are smart and they are ahead of these security bodies! Never underestimate a group of small people who are committed on doing something. The day Kayihura turned Uganda Police into a political wing of NRM, that was the end of Uganda Police Force!! Uganda Police has diverted and focused all its energies to fighting Besigye than preventing crime. If these murders can acquire the latest guns and weapons like the ones they used to kill Kaweesi, what will stop them from acquiring these SIM cards which are like ground nuts in Kampala? If drug traffickers have turned Entebbe airport into a hub of drugs; Tonnes of cocaine go through Entebbe airport everyday. Don’t we have Uganda Police at Entebbe airport???

There are only two things this Government does best; collecting taxes and keeping itself in power. PERIOD!!

As a patriot and as a person who has read many books on military and intelligence gathering. I will stop here!

I don’t want to expose these security lapses I see in this country because it is My country First
Sisimuka Uganda Teri Kulinda.
Changing Mindsets, Creating Self Belief,
Transforming Lives and Communities
Thinking independently.