Alcohol and pork is against Christian beliefs 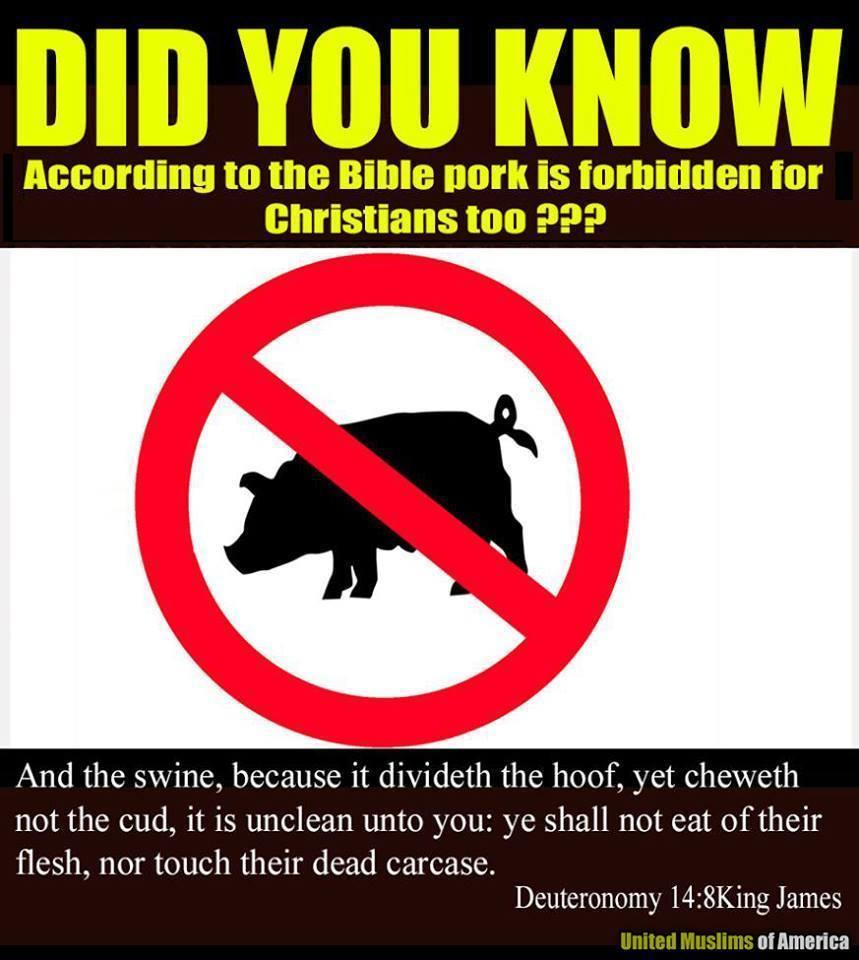 Alcohol and pork is against Christian beliefs too but some people just tend to ignore the things they don’t agree with……..For their credit: the reason why Christians eat pork and other things forbidden in Leviticus and Deuteronomy is because in the New Testament a disciple named Peter had a dream where he was told by God to eat the forbidden things, he said no because they were forbidden and the response was to stop making things that he had made clean, unclean.Catholics believe drinking is ok but most non catholic christian churches teach that alcohol is wrong. Also Jesus Christ declared all foods clean (Mark 7:14-19).Most Christians don’t read the Bible –they just follow what someone else tells them to do and says that it is in the Bible.