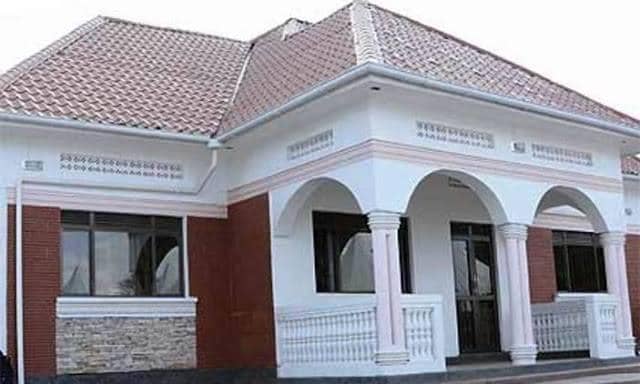 Felix Kaweesi at 43 year of age and 17 years of public service under the Yoweri Museveni regime police force, the teacher by training had attained the rank of Assistant Inspector General of Police. He had held various strategic and sensitive command and administrative positions courtesy of political loyalty and Cadre-ship.

At a personal level, he had acquired the following properties for himself and his family: 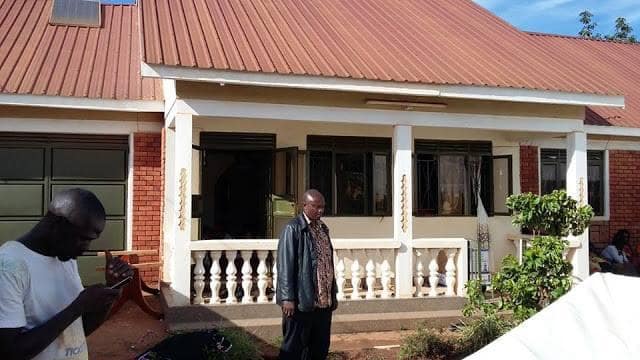 1. A magnificent 8-bedroom mansion (pictured) that sits on a 320-acre piece of land in his village. It has a 15ft x 20ft sitting room and each of the 8 bedrooms is self contained. It has an extra 3 bathrooms and a Guest Wing with bathrooms and toilets. It has a one-and-a-half-acre compound with more than half of it paved. It has piped and running water that was got from sinking a borehole at the backyard.

3. A bungalow in Kulambiro (pictured), Kampala. The police used to pay him a housing allowance.

5. One acre land in Kireka, Bulengwa, land in Namungoona, Nansana, Bweyogerere and other places in and around the greater Kampala.

6. He had a fancy cloth shop in the city for his wife who also drives a Prado TX.

7. His bank account is not known but most likely that in the circumstances it is lean. Illegally acquired cash is usually disguised.

8. He built roads, churches, mosques, and brought electricity to his home area.

While he made big strides in personal riches, he was busy designing administrative policies that saw his fellow police officers and their families evicted from those shacks and thrown in the cold. While he often hosted occasional get together parties at his posh mansions, the children of his fellow police officers evicted from the shacks scavenged the debris of the destroyed mud shelters for what to feed on. 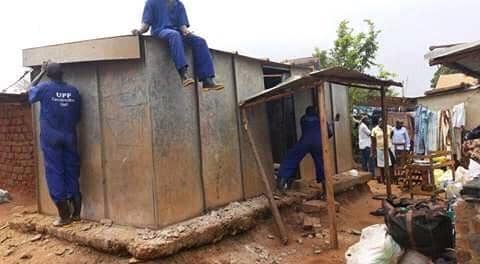 The ugly scenes of police officers and their families shedding tears is a clear testimony that God was not happy with Kaweesi. The above forceful and brutal eviction was because of the February 2016 poll results that witnessed police barracks in Kampala majorly voting the opposition.

Museveni has pledged that the government is to compensate his family. The police will continue to commit its resources to his family. The Kwagalana (club of city tycoons) Group has given his family 25MShilling to the family and pledged to make finishing on the family’s Kampala house. If Kawesi had continued working for another five years, he would build a rail way line and airfield at his village home. It is reported, he harboured political ambitions of becoming a Member of Parliament. Following his murder, the government, religious leaders and the public have applauded his magnificent wealth. No one has come out to question its source.

Kaweesi was a gross and ruthless abuser of human rights and a partisan police stooge but no one is coming out to point out this. For millions of children who have grown up seeing him on their TV screens as devil as confused when everyone is applauding him. For the public servants who are poor just because they have not been abusing their offices, the glorifying of Kaweesi’s ill-gotten wealth gives them the resolve to do ‘collateral damage’. At the next national function, Gen. Kaweesi will be post-humously honored with a National Hero medal. For those who did not know Museveni’s MIDDLE INCOME drive, Kaweesi is a classic example.