The last days of a dictator 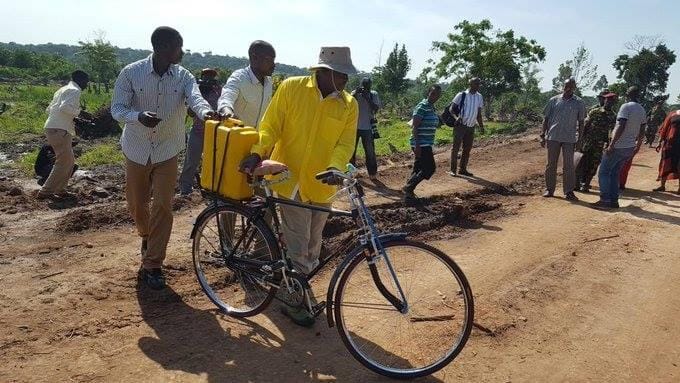 Formulas of forming a dictatorship and maintaing it, are the same ,where you go…so it is not surprising when you see dictators doing the same things up to their last days in office.

When Gaddafi was cornered, he put all his concentration in Sirte, he tried his level best to connect to the masses, to create an imagination that any attack on him was a direct attack on Libyans, but in Beghazi it was fire, and he was over powered finally, back to Museveni, after reading signals that he is soon facing the same challenge, Museveni is trying to play the same Gaddafi antics, but for him it can’t work for him neither, he has deserted Luwero for 30 years, he can’t buy their love with only four days.
Museveni has no Sirte in Uganda unlike Gaddafi, Gaddafi worked for Sirte, and it is a city, Rwakitura is sparsely populated and it is to far geographically, so, all this drama can’t help him, when will people from Kiruhura come to save him?
Finally, Museveni’s thought that if any force from with in or out side Uganda comes and face him, that he will say that it is an attack on Ugandans shall not work.
Twakukoowa, just prepare for the show down, totwesaako bambi noonya bano.
Totuvuma magufa.