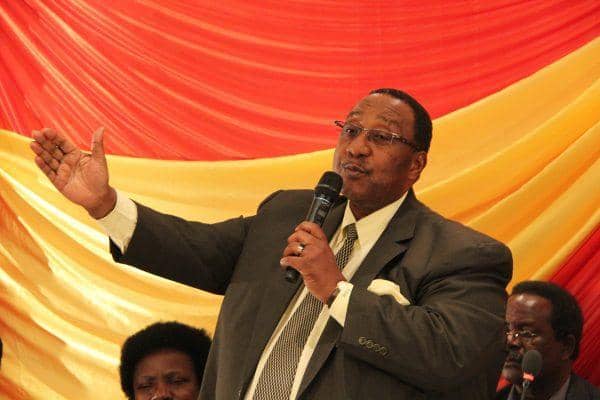 Speaking at Hakainde Hichilemas residence in Chalala Geoffrey Bwalya Mwamba stated that he was very dissapointed with both president Edgar Lungu and his counterpart Yoweri Kaguta Museveni over Lungus internal matters disclosure to Kaguta.

“We are not safe as Zambians, we are in danger, i dont know what would happen to me or my president [hakainde Hichilema] if we were to go to Uganda”, Mwamba said.

“Edgar painted us black to a dictator, we wonder why among all the invited heads of state it was only Kaguta who came to talk rubbish about us [bushe Kaguta nangu Museveni akonkele ba opposition leaders nangu akonkele indipendensi]”, Mwamba asked.

“We are [UPND] warning Yoweri MUseveni never to come back to Zambia again to bring confusion this is not Uganda that he dictates [mumwebe Edgar ati ekamuletapo Museveni nakabili mukulanda ifyabupuba muchalo chesu]”, he added.

Geoffrey Bwalya Mwamba charged that its unfortunate that president Edgar Lungu has allowed foreigners to come and terorise innocent citizens like him [GBM] and Hichilema.

“We are very worried that Edgar has taken a wrong path in coniving with the world`s old dictators in silencing us, we are worried because we dont know what Museveni told Edgar but we are yet to see what it is that he doctored Edgar”, Mwamba added.

Mwamba further stated that him and Hichilema are still strong and they will continue being strong nomatter how much Museveni and others can say. “we are still strong and forging ahead in seeking justice over our stollen victory not Even Lungu, Museveni or any other can stand our weight over our victory”, said Mwamba.