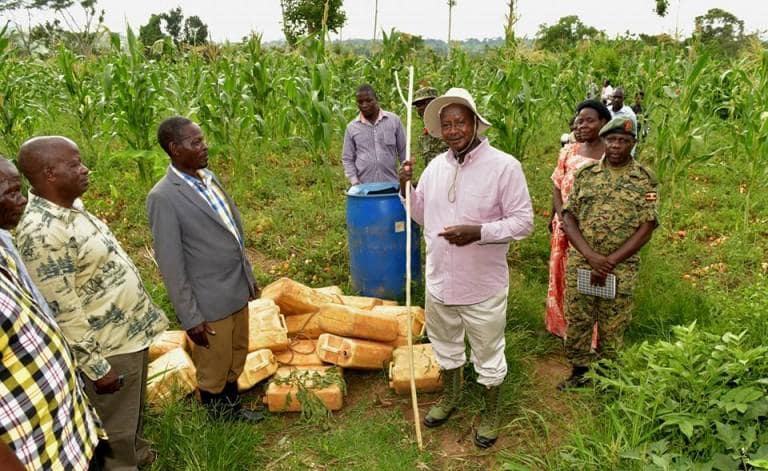 Christina Malmberg , the World Bank Country Manager for Uganda during a visit at State House recently said that, Uganda could fail to hit its development aspirations, key among them the achievement of lower middle income status by 2020 if the country doesn’t create buffers against foreign shocks and the domestic slowdown.

In its 8th Economic Update on the state of Uganda’s economy, World Bank the current average growth of 4 to 5% remains lower than required.

“Uganda’s economy is not performing according to expectations. Growth declined by 0.2 percent in the first quarter of 2016/17,” the World Bank assessment released on Tuesday stated.

It attributed the continued ‘weak domestic economic environment’ and slowdown in growth to the low commodity and fuel prices in international markets, the crisis in South Sudan, and severe drought have continued to strain investment and exports.

“This rate of growth is far below the over 10 percent required for the country to out-pace the population growth rate and realize its development aspirations to achieve middle income status by 2020.”

Rachel Sebudde who led the team that made the produced the Economic Update noted that Uganda’s per capita income is growing by 1% far below the 9% if Uganda is to get into middle income status.

As part of interventions to free the economy from these risks, World Bank proposes reforms aimed at stimulating consumers’ access to a wide range of services, and reducing the cost of credit.

“Continuing efforts to strengthen the legal, regulatory, institutional and supervisory framework of the financial sector to ensure it is safe and sound is equally important in restoring consumer confidence,” the report further indicates.

The same Assessment however credits strides made to expand the financial sector with more than half the adult population now accessing formal and regulated financial services. “With 7 million active users, mobile money, has greatly increased access to cost effective financial services, such as saving, money transfer, and paying bills,” World Bank observes but also cites low confidence in the formal financial system.

“Indiscipline in government borrowing is what has led to the low economic growth. Government should put money in sectors like business development which have short term impact. Investing in infrastructure won’t achieve this,” Badagawa said.