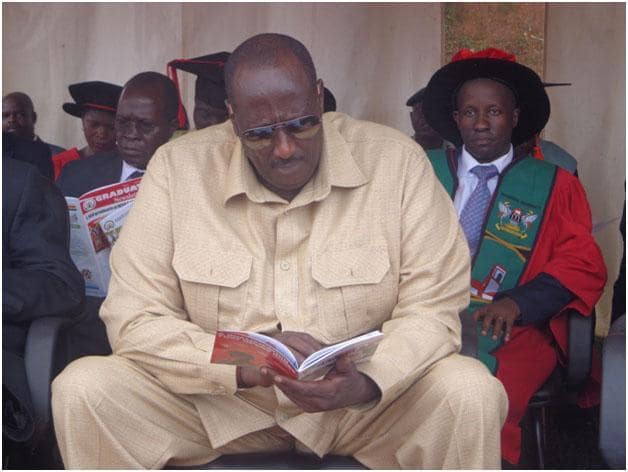 We allowed Uganda Airlines to die because it was making loses and, at that time, Ugandans were not traveling as much as today”……we are not finalizing modalities. Therefore, my dear Ugandans, I can confidently tell you that the future is bright. 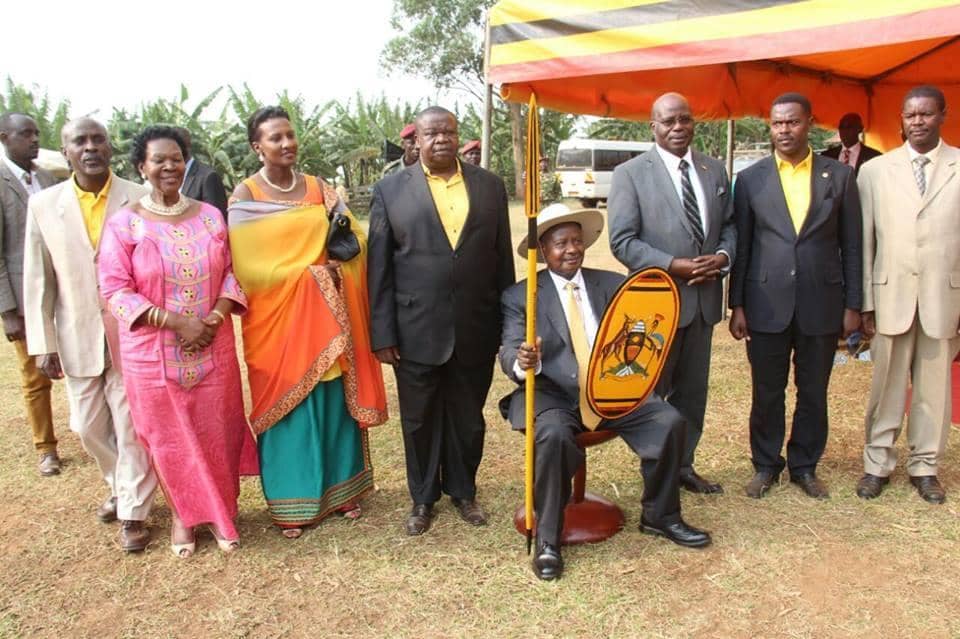 When MUSEVENI took over power 30 years ago he inherited a robust social and economic infruatructure. Though production was not adequate at the time because of the political upheavals of the time for which he had played a leading role (1972 – 1986) as he manoeuvred to to gain power, the infrastructure was intact and only needed slight fine tuning. Unknown to his comrades, right from the beginning MUSEVENI had a plan of life presidency. To achieve this his strategy was to reign over an IMPOVERISHED, IGNORANT AND and FEAR-STRICKEN population.

He believed that an impoverished population would worship him as the giver of everything. An ignorant and fear stricken population would not analytically and courageously question his mismanagement. The past regimes of Obote I and II 1967 – 1971 and 1981 – 1985 respectively and the Iddi Amin regime (1971 – 1979) had initiated robust economic and social infrastructures. Schools, hospitals, factories, public transport, cooperative movement, public service, tourism, and other infrastructures were first class. Museveni who feared that his negative propaganda to demonize past leaders as having been failures would be undermined by the existence of these infrastructures, had to move very fast to destroy them. In so he was also targeting economic deprivation of individuals and groups of individuals like the Baganda, the Northerners and Easterners whom he perceives to have been the dominant beneficiaries of such infrastructures. Since the so called 1979 liberation had neutralised the Mafuta Mingus (beneficiaries of the Iddi Amin regime), Museveni targeted economic deprivation of Obote’s UPCs that he believed were deeply entrenched in these infrastructures. Also in his focus was the Baganda elites and Kingdom because of its land, ready market for their products in Kampala city and coffee.

First was the Currency Reform that saw personal money being stollen in broad daylight. Next was the campaign of terror on the people of northern and eastern Uganda that destroyed their economic base and social fabrics before unleashing of Karamojong cattle rustlers and individual military commanders to deplete the regions of cattle that had been an integral part of their economic likelihood. Then followed the retrenchment from public service a number of traditional civil servants who were perceives to be aligned to past regimes and then the privatisation of stare owned parastals that left the target population economically deprived. The deliberate collapsing of cooperative unions, Cooperative Bank and giving away of Uganda Commercial Bank (UCB) were all schemes to economically deprive the population. The deliberate neglect of pensioners and wanton theft of pensioners money is aimed at furtherance of this scheme since majority of the pensioners served under the past regimes. That way he gas managed to create his own class of economic beneficiaries through institutionalized theft of public money, corruption and abuse of office. This is the population that is comprising hai much cherished Middle Income Class that is behind the land grabbing as a final strategy to impocerish the population. All those so called poverty alleviation initiatives that have have not made any impact were simply designed to hoodwink the population. Bona Bagagawale, Entandikwa, NUSAF, PRDP, SACCOS, NAADS, Operation Wealth Creation (OWC) are schemes simply meant to hoodwink the population thus why they have not made any economic impact. In October 2014 Museveni launched Operation Wealth Creation manned by soldiers under his brother, Gen. Saleh to distribute seedlings and animals to boost agriculture and fight pocerty. Though this 450b shillings project was initially meant to dissuade his neglected war veterans from joining the opposition, it has of recent been extended to cater for the regime supporters throughout the country. Though Museveni is promising to boost the scheme with one trillion shillings during the next financial year, its is already marred by mismanagement whereby 40% of the seeds are drying up and animals dying. It is the same regard that his regime borrows huge sums of money from international financial institutions but does not utilise them prompting the World Bank to with old aid. For Museveni, the looming economic crisis in the country is very healthy as it fits well into his designs of economic deprivation.

His delay to make headways in the field of ignorance during the first two decades of his reign was due to the fact that ‘his people’ had not acquired the economic muscle to afford the private quality education. Now that they can afford it, he has of recent sent the last nail in of the coffin of education in Uganda by assigning his wife to the education ministry. That way education will be reduced to simply reading and writing even the ongoing emphasis on skills training/technical education is good but is in bad faith. It is meant to promote ignorance about social, economic and political dynamics so as not to be able to interrogate the status quo. It is in the same regard that Kiswahili is being promoted at the cost of the English and other local languages. Consequently, majority of the teenagers and youths in general will no longer value formal education as a vital component for their future. They will focus on becoming musicians, comedians, sportsmen and such other fields while at the same time adoring celebrities in those fields as their role models. The current boom in music and drama by a number of youths is a testimony of this education decadence. Another effect of education decadence is the ever increasing belief in superstitution and withcraft. Poor education coupled by economic hardships has the advantage of boosting conscription into security services including private security as the major employment destination.

Museveni is steadily succeeding in instilling fear in the population with the aim of subduing them into submission to his military dictatorship. He undermined and dismantled the national armies who had served under the Obote and Iddi Amin governments (UNLA and UA respectively) by demonizing them but at the same time using them to form the core of his NRA and now UPDF. After successfully turning it into a personal army, in recent years he embarked on privatising the police force as another coersive arm of his regime. To supplement the terrorist roles of these two forces, he has gone ahead to create parallel paramilitary outfits like Crime Preventers which he often unleashes on the population. Consequently, these security forces are taking a center stage in every aspect of public life. They are everywhere – in regulating and determining the course of trade, heth, education, local government, agriculture, land management, fisheries, forestry, tourist, mining, environmental, revenue collection, immigration, justice, parliament, elections, traditional rulers institutions etc. Their indulgence in these sectors is for self enrichment to ensure their loyality in return for njoying the political protection of the regime. That way a few security officers are able to use the entire security apparatus suppress any form of dissent by the opposition and the population in general. Unfortunately, the general population is gradually accepting the trend – thus viewing the security forces as the Alpha and Onega.

All Arican despots use these methods and its worse with the educated and cunning ones. They hoodwink the people with those rhetorics to do with how Europe underdeveloped Africa, the west stole Africa’s resources, neocolonialism, scapegoating the WB and IMF, African Solutions for African Problems, and now the crusade to withdraw from the ICC.